In printed maps, having several coordinate grids over one map is a very usefull feature. For instance using a meter system as output CRS, it is nice to display a latitude / longitude grid as well. Until now, the QGIS print composer allowed only one coordinate grid per composer map and it was restricted to the map output CRS.

Having that multigrid / multiCRS feature in QGIS Enterprise since 13.04 already, I’ve recently found the time to port it into the QGIS developer version. Therefore it will be part of the upcoming version 2.6 in October. The screenshot below shows how it can be used to add a wgs84 grid onto a meter map. In the composermap widget, grids can be added / removed and reordered. Additionally there is now a CRS selection button to select the coordinate system for the grid. The development of this feature has been kindly funded by Canton of Solothurn (Switzerland). 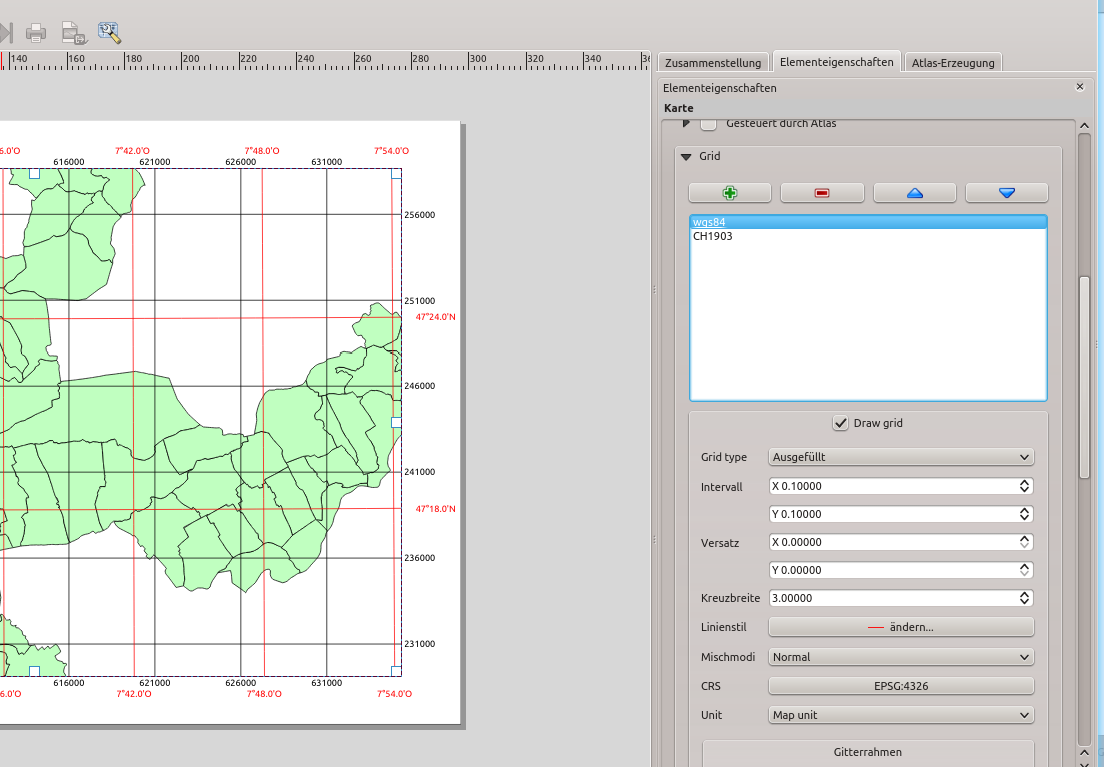